The Boston Celtics fell just two wins short of a championship this season. With the NBA Draft coming up Thursday night, they will have an opportunity to build upon a strong roster that has already reached the NBA Finals.

While Boston does not have a first-round pick or an early second-round pick (barring a potential trade), there is plenty of talent in this deep draft. Even with the 53rd pick, the Celtics can still find some value that will either fill out or bolster their existing lineup.

So, here are three largely unsung prospects who Boston should look for on draft night:

Collin Gillespie was not a household name before joining the Villanova Wildcats in 2017. He had to earn the right to play for a stacked squad that won the National Championship his freshman year.

Yet, once Gillespie cracked into the lineup, he never looked back. The two-time BIG East Player of the Year was a staple on Villanova’s Final Four team this year. For his efforts, he was named the nation’s top point guard when he won the Bob Cousy Award.

He is an excellent shooter from beyond the arc. He shot an incredible 40.5 percent from beyond the arc in 2022. He was also elite at the free throw line where he shot an astounding 90.5 percent last season. Gillespie is offensively sound, but is much more than that. He is also a strong rebounding guard and a stout defender despite being under 6’4″.

Villanova’s Collin Gillespie has, unsurprisingly, been one of the best shooters in the NBA Combine drills so far. Clean, compact repeatable stroke. pic.twitter.com/3ILKBXR9aC

But perhaps most importantly in relation to the Celtics, Gillespie can take care of the ball and rarely coughs it up. In his senior year, he had 92 assists and only 32 turnovers. That resulted in a 2.88 assists to turnover ratio that was the 17th-best in the NCAA.

Boston’s current depth at the point includes Marcus Smart, Payton Pritchard and Yam Madar. You can argue that Smart is not really a point guard. He certainly struggles to get his own shot and is not the best distributor of the basketball at point guard. Pritchard is a boom or bust shooter who often times is a defensive liability. Madar is an Israeli Premier League talent who has not logged any NBA minutes.

Clearly, this position has some room for improvement in Boston. Gillespie can provide the Celtics with a true point guard late in the second round.

Like Gillespie, Cockburn is another college star who has plenty of accolades to his name.

The 2022 first-team All-American is a force down low. He stands at 7-feet tall and more than capable of dominating the paint.

He averaged over 20 points and 10 boards during his junior year and uses his size with ease to get to the rim. Unfortunately, the big man is still developing his outside shot. Like many other current NBA centers who lacked a jump shot before entering the league, that could come in time.

With an injury-prone Robert Williams III and an aging Al Horford on an expiring contract, the center position is not as great as it should be for Boston. With Cockburn, the Celtics will get a solid center who can help them prepare for a potential future without Horford.

Coming from humble beginnings as a Rhode Island University transfer, Tyrese Martin came into his own at UConn to elevate himself to a potential late pick in the NBA Draft.

He once struggled to score as a freshman, averaging 8.1 points per game and shooting a dismal 31.1% from deep. However, Martin developed into a 3 and D type player late into his college career. As a senior for the Huskies, he recorded 13.6 points per game and converted on 43% of his 3-pointers.

Yea…this sequence is exactly why I am a big fan of Tyrese Martin as a 2022 NBA Draft prospect pic.twitter.com/i7WEoJyml2

With this vast improvement, Martin can evidently develop his game and perhaps serve as a defensive, 3-point specialist off the bench for the Celtics. While second-year shooting guard Aaron Nesmith was drafted to fill a similar need, he has ultimately failed to live up to this role in Boston, as he shot a measly 27 percent from beyond the arc this season.

Martin, who has already played plenty of basketball in New England, demonstrated his versatility and growth last year for UConn. Ideally, he will be able to step up in ways Nesmith has not and provide much-needed bench scoring to a team that has had to rely on its stars for the majority of its offense in the past.

Regardless of who the Celtics target tomorrow night, 2022’s talented draft offers Boston a chance to strengthen its roster in pursuit of the elusive Banner 18. 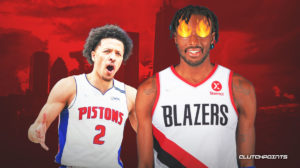 Previous Who Is Mukta Barve? Marathi Actor Starring In Upcoming Social Drama ‘Y’ Wiki Biography Age
Next Who Is Pilot Point Mayor Matt McIlravy Arrested For Child Soliciting? All About The Democrat –